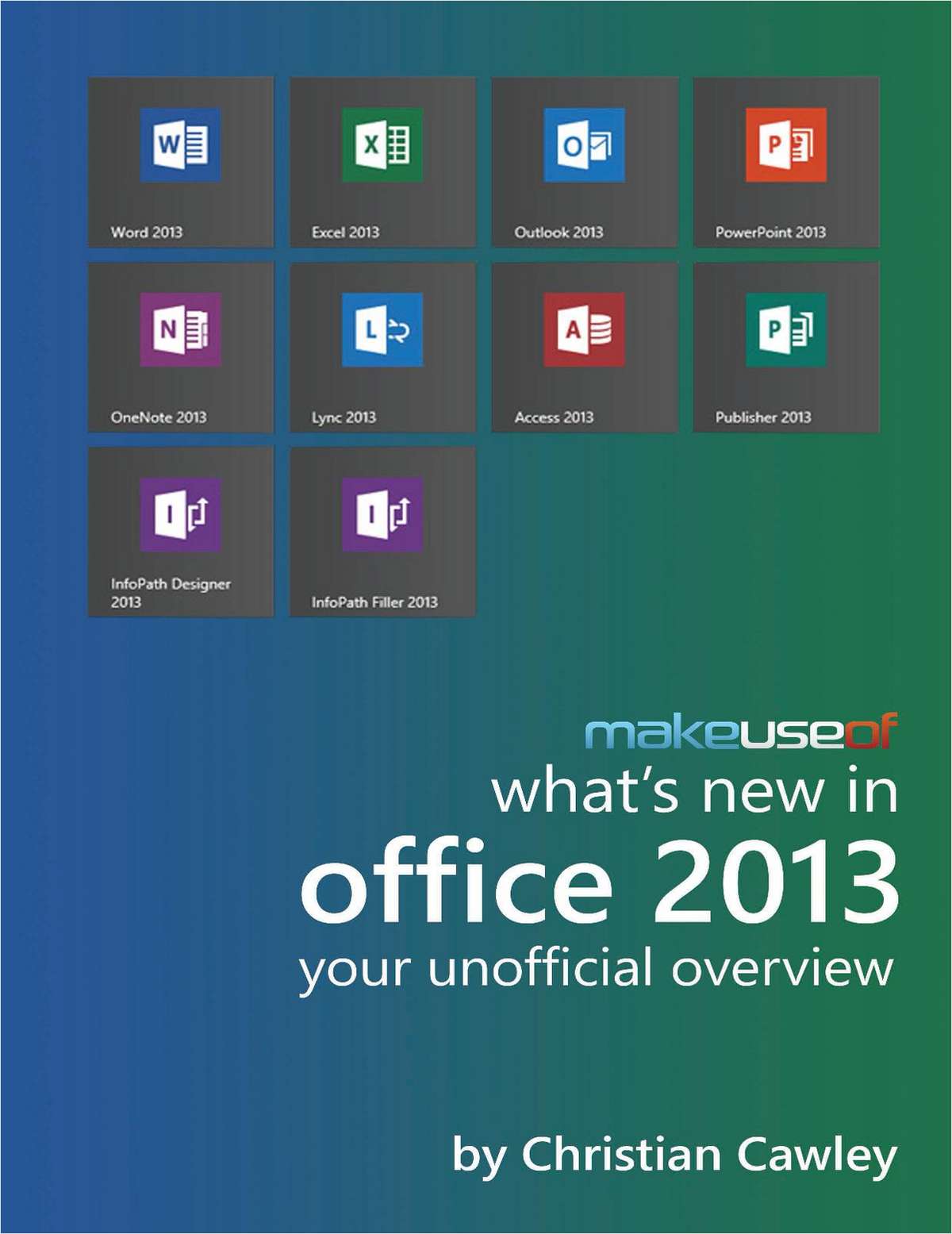 The world's most popular productivity suite, Microsoft Office, is now in its seventh version with the release of Microsoft Office 2013, a cloud-integrated revision of the software that comes complete with the new tile-based user interface formerly known as Metro (the look of which you will be familiar with if you have seen or used Windows 8).

Microsoft Office 2013 comes with all of the usual component applications, most of which sport enticing new features. Compatibility with Windows is limited compared with previous Office versions, although this new incarnation does have touch screen support for tablet computers and native SkyDrive cloud support for access-anywhere documents. Most interestingly, Microsoft is offering several different flavors of Office 2013, most notably two subscription-based versions.

Also with this free guide you will receive daily updates on new cool websites and programs in your email for free courtesy of MakeUseOf.