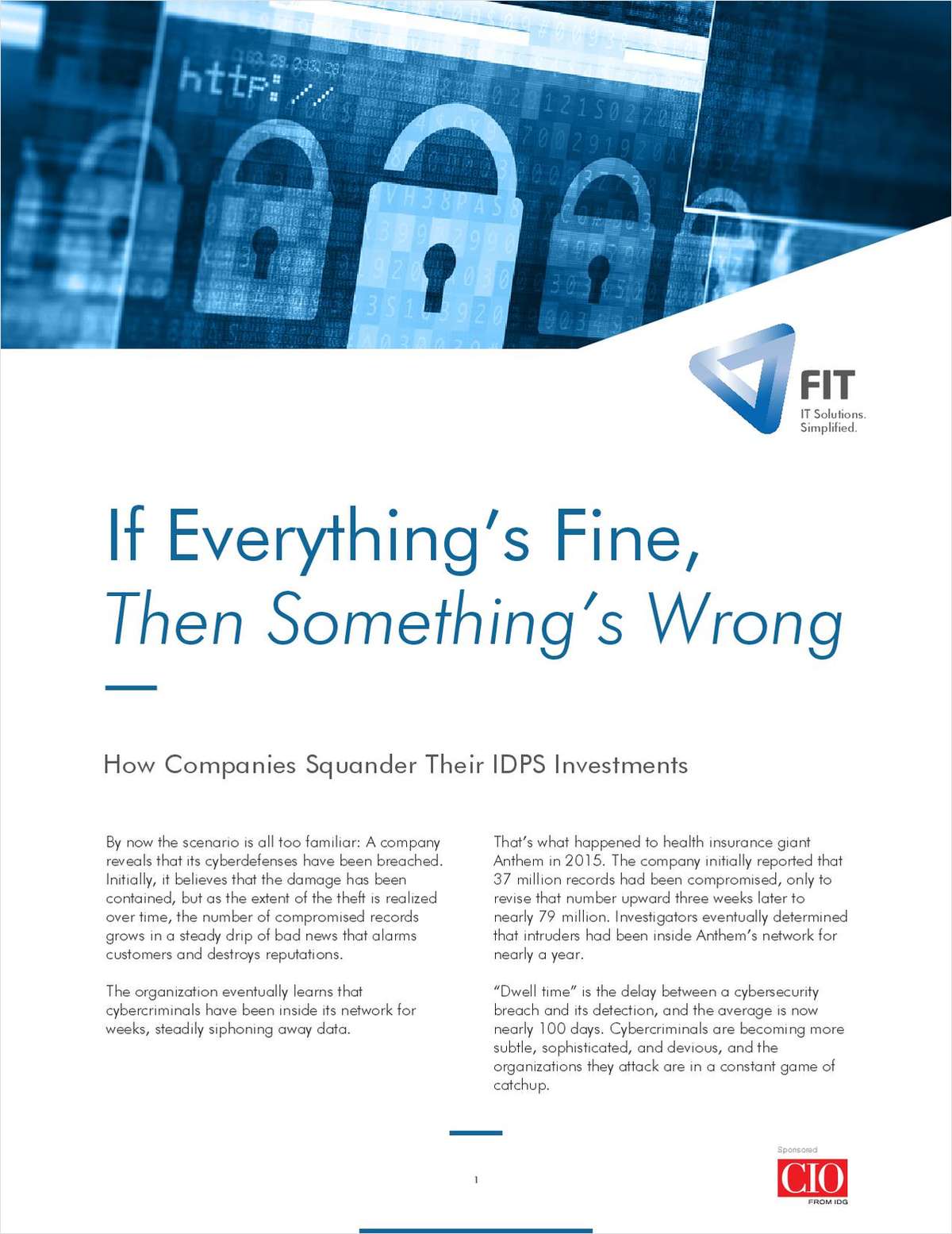 By now the scenario is all too familiar: A company reveals that its cyberdefenses have been breached. Initially, it believes that the damage has been contained, but as the extent of the theft is realized over time, the number of compromised records grows in a steady drip of bad news that alarms customers and destroys reputations. The organization eventually learns that cybercriminals have been inside its network for weeks, steadily siphoning away data.

That’s what happened to health insurance giant Anthem in 2015. The company initially reported that 37 million records had been compromised, only to revise that number upward three weeks later to nearly 79 million. Investigators eventually determined that intruders had been inside Anthem’s network for nearly a year.

It’s clear that intrusion detection and prevention systems (IDPS) can be an important component of an organization’s multilayered security strategy, providing insight that access prevention devices at the perimeter can’t deliver. When making a purchase, organizations should look beyond the sticker price, which is typically a fraction of the long-term cost of operation. Buyers should evaluate indirect costs such as time to implement; hiring; retention expenses; and the impact of not setting up the technology properly, increasing an organization’s chances of a security breach.


Offered Free by: FIT
See All Resources from: FIT

Download Now View Details
A Workforce Crisis: Inside Employees' Minds in the Healthcare...

Open Now
The holiday guide to rewarding your teams