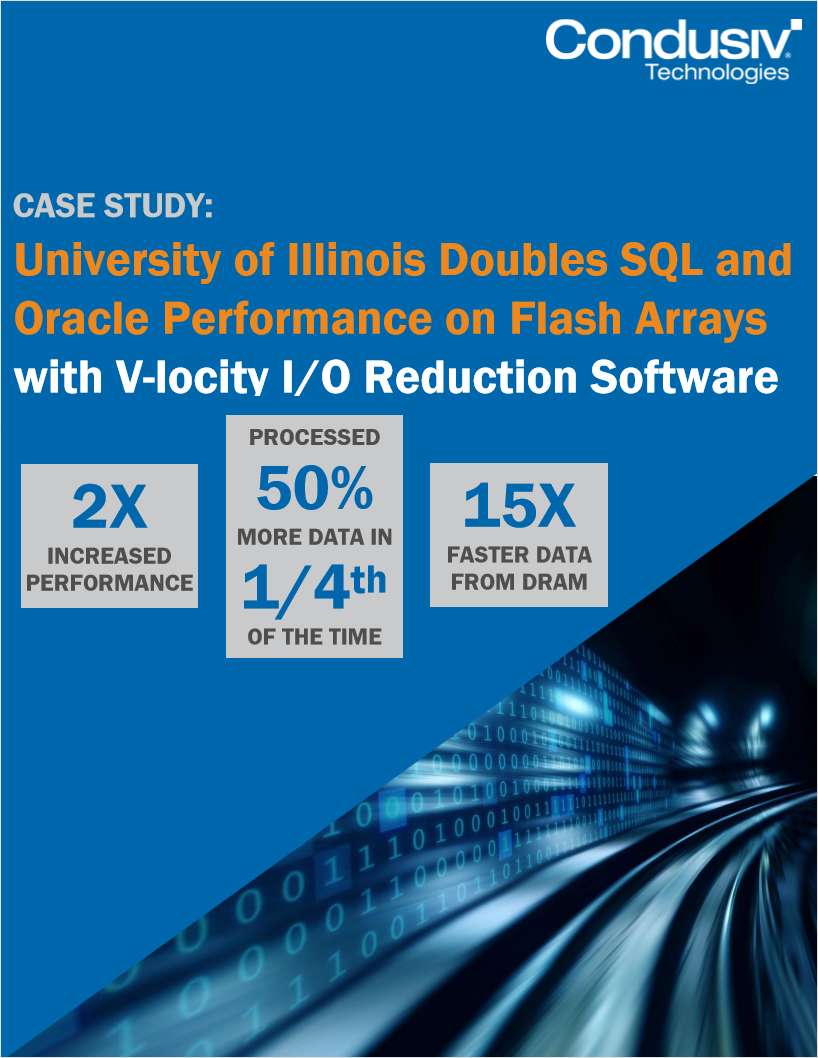 The University of Illinois, had already deployed an all-flash Dell Compellent storage array to support their hardest hitting application, AssetWorks AiM, that runs on Oracle. After a year in service, performance began to erode due to growth in users and overall workload. Other hard-hitting MS-SQL applications supported by hybrid arrays were suffering performance degradation as well.

The one common denominator is that all these applications ran on Windows servers – Windows Server 2012R2.

“As we learned through this exercise with Condusiv’s V-locity I/O reduction software, we were getting hit really hard by thousands of excessively small, tiny writes and reads that dampened performance significantly,” said Greg Landes, Manager of Systems Services. “Everything was just slower due to Windows Server write inefficiencies that break writes down to be much smaller than they need to be, and forces the all-flash SAN to process far more I/O operations than necessary for any given workload.”

Landes continued, “When you have a dump truck but are only filling it a shovelful at a time before sending it on, you’re not getting near the payload you should get with each trip. That’s the exact effect we were getting with a surplus of unnecessarily small, fractured writes and subsequent reads, and it was really hurting our storage performance, even though we had a really fast ‘dump truck.’ We had no idea how much this was hurting us until we tried V-locity to address the root-cause problem to get more payload with every write. When you no longer have to process three small, fractured writes for something that only needs one write and a single I/O operation, everything is just faster.”

Read the full story of how University of Illinois saw 2X faster SQL and Oracle.

Open Now
Why Remote Access Should Be a Collaboration Between Network &...