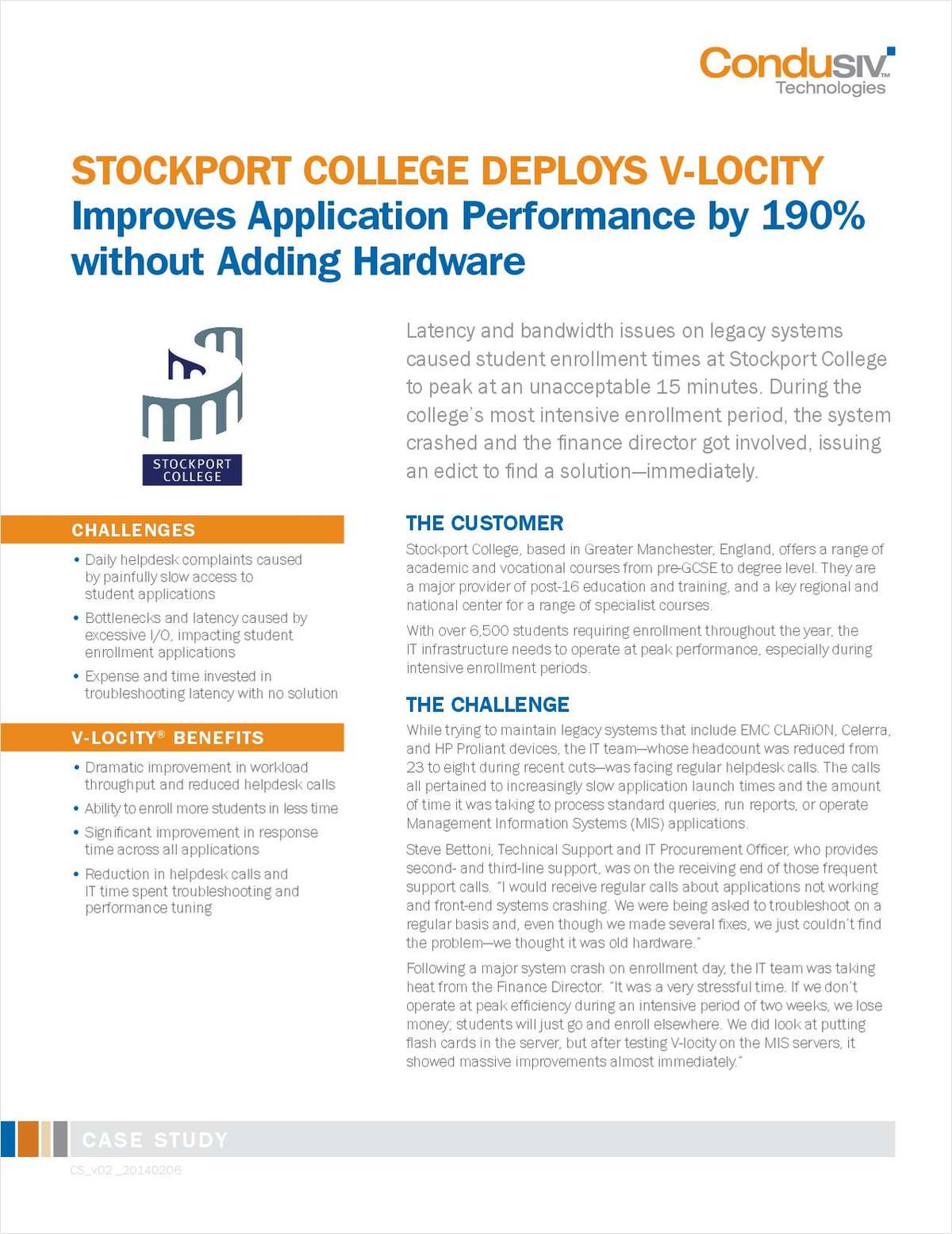 Latency and bandwidth issues on legacy systems caused student enrollment times at Stockport College to peak at an unacceptable 15 minutes. During the college’s most intensive enrollment period, the system crashed and the finance director got involved, issuing an edict to find a solution—immediately.

While trying to maintain legacy systems that include EMC CLARiiON, Celerra, and HP Proliant devices, the IT team was facing regular helpdesk calls. The calls all pertained to increasingly slow application launch times and the amount of time it was taking to process standard queries, run reports, or operate Management Information Systems (MIS) applications.

Steve Bettoni, Technical Support and IT Procurement Officer, who provides second- and third-line support, was on the receiving end of those frequent support calls. "I would receive regular calls about applications not working and front-end systems crashing. We were being asked to troubleshoot on a regular basis and, even though we made several fixes, we just couldn't find the problem—we thought it was old hardware."

Following a major system crash on enrollment day, the IT team was taking heat from the Finance Director. "It was a very stressful time. If we don’t operate at peak efficiency during an intensive period of two weeks, we lose money; students will just go and enroll elsewhere. We did look at putting flash cards in the server, but after testing V-locity on the MIS servers, it showed massive improvements almost immediately."

After initial testing, the team presented results to upper management and immediately received approval to roll out V-locity across 110 virtual servers. In a matter of days, helpdesk calls dropped significantly and enrollment processing times were reduced from 15 to five minutes—a 200% improvement.

Open Now
Thought Leadership Strategies for Thriving During a Recession